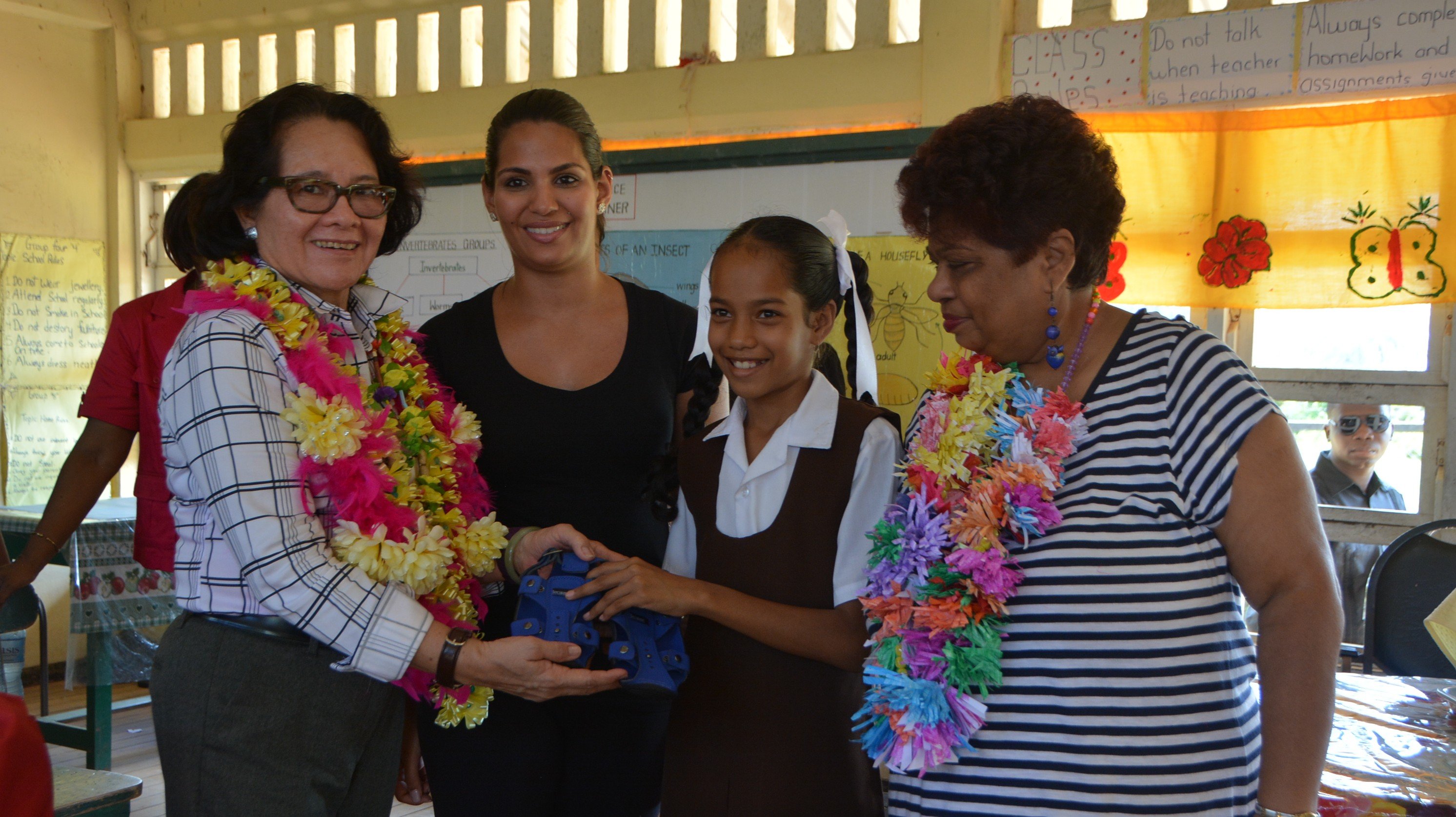 The Kind Soles team was off to an early start on Wednesday 13th January, 2016. There were hundreds of shoes to distribute and lots of ground to cover in Region 1 of Guyana. Our ReThink ambassadors boarded a flight at the Ogle International Airport with the First Lady, Mrs. Sandra Granger; Minister of Social Cohesion, the Honourable Ms. Amna Ally and other Government representatives. An hour later, the team arrived at the Mabaruma Airstrip, where they were met with a warm welcome from school children as well as well wishers from the community.

The first stop made by the Kind Soles team was at the Hosororo Primary School where 200 pairs of shoes were distributed to the students. The children were fascinated by the shoes that not only expand in the front but also on the side, allowing the shoe to grow with the child and therefore last for a significantly longer time than ordinary shoes. 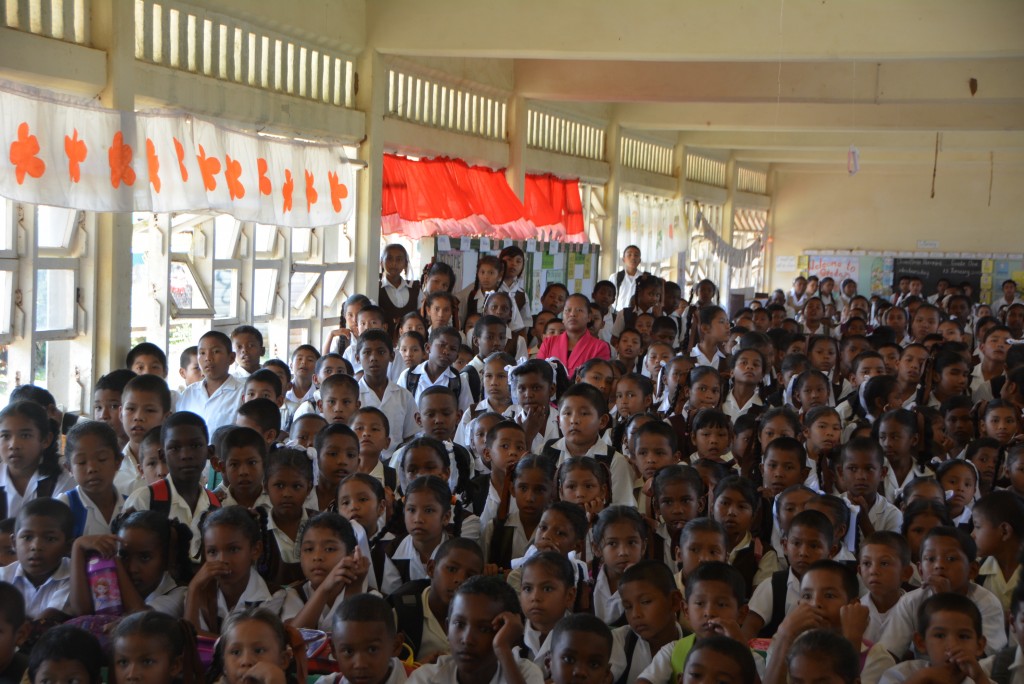 Students of the Hosororo Primary School await the distribution of The Shoe That Grows.

The mission continued, stopping next at Kumaka where many of the villagers eagerly gathered to receive their shoes. Another 50 shoes were distributed here to children as well as to parents of the children who were still off at school. The children expressed sincere gratitude and enthusiastically opened their bags to try on their shoes. 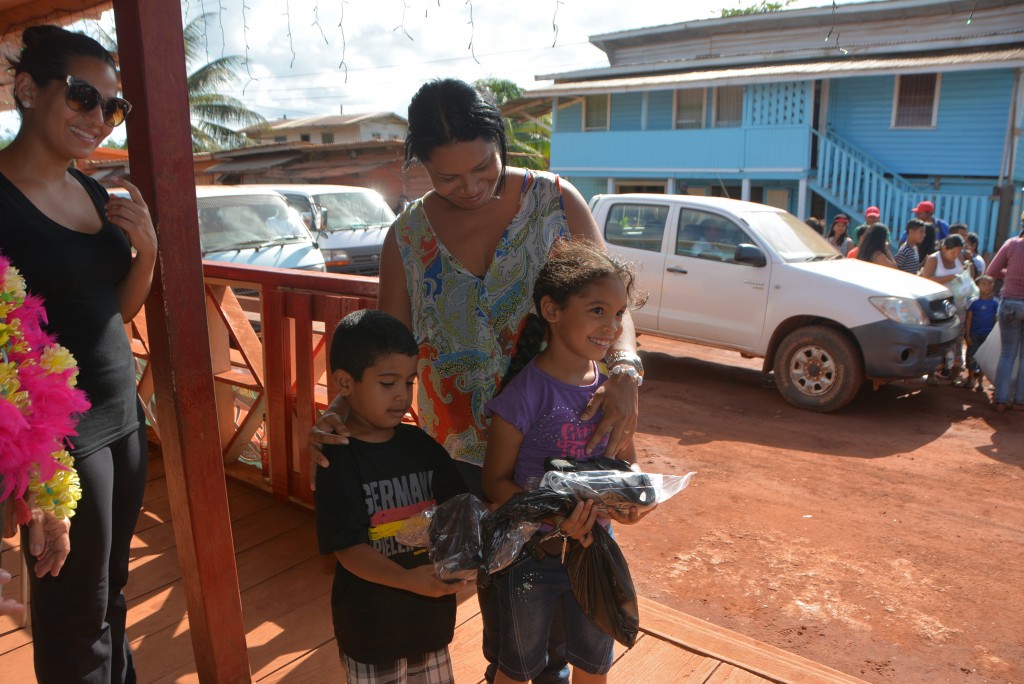 A mother and her two children eagerly receive two pairs of shoes in the village of Kumaka.

Last but not least the team made their way to Barabina where they were met with radiant smiles and warm welcomes. The children were so thankful that the team was able to make it to the Barabina Primary School as they knew that the river was slowly rising and that the Kind Soles team had to make its way back out as soon as possible in order to avoid being trapped by the rising river. The visit was short but sweet! The children politely lined up to receive their shoes and upon returning to their seat they intently examined their shoes, adjusting the fasteners and feeling the texture and durability of the shoes. The Kind Soles team was able to put smiles on 100 little faces that day.

This is just the start of the Kind Soles initiative, it is our hope that with continued support from sponsors, such as Caribbean Airlines, that no child will be without shoes, and therefore each child will be able to reach to school comfortably and punctually and in turn receive a quality education. 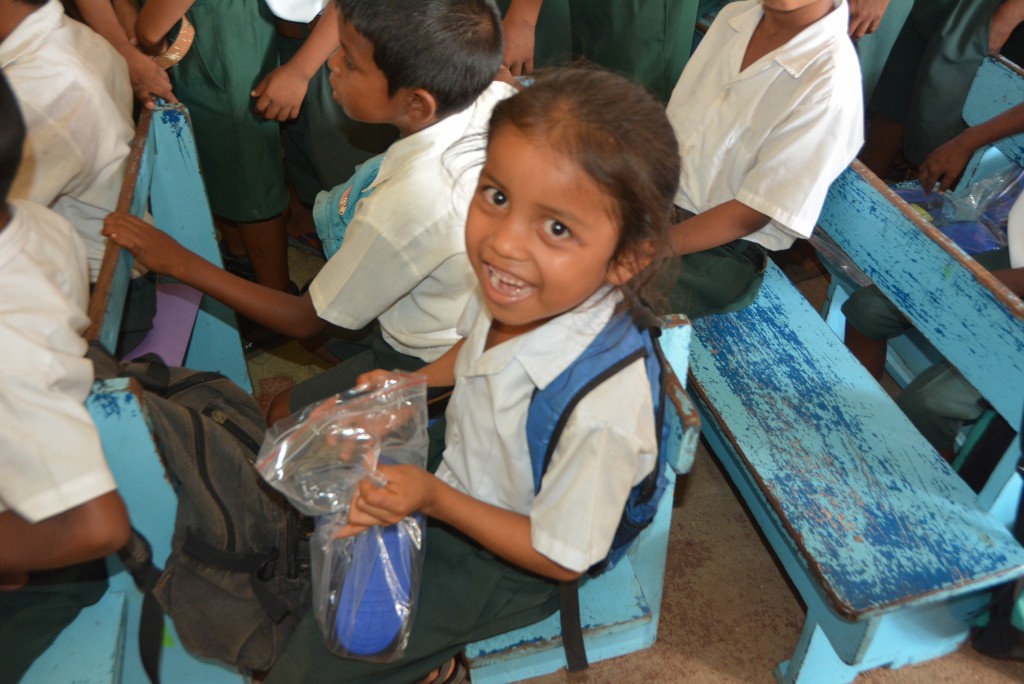 A student of the Barabina Primary School smiles brightly after receiving his new pair of shoes!