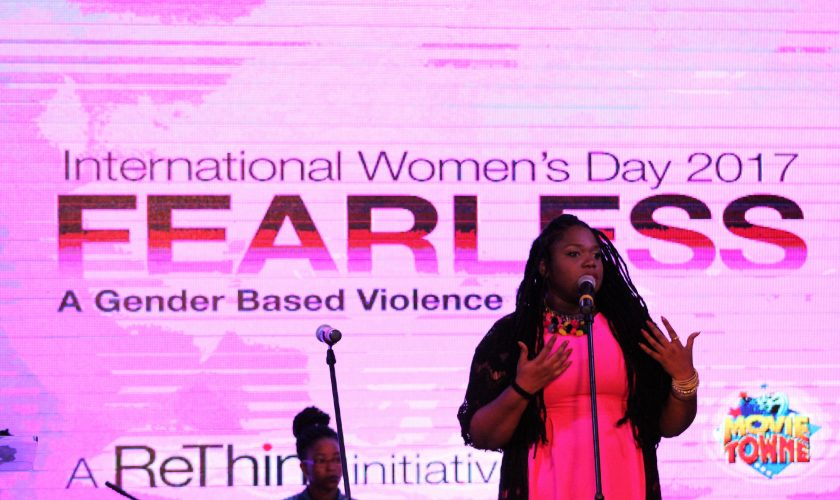 ReThink, a Transformation Center, commemorated International Women’s Day 2017 with  “FEARLESS” a forum on Gender Based Violence on Wednesday, March 8th between 6.30 p.m. to 8.00 p.m. at Fiesta Plaza, MovieTowne, Port of Spain.

Now, more than ever, given the onslaught of violence against women of all ages, the commemoration of International Women’s Day this year takes on a whole new sense of urgency.

Fearless gave public figures and performers a platform to raise their voices on this issue of gender based violence in society. Alderman Asha Parmanand of the Port of Spain City Council, Oxygen Founder Nicole Dyer-Griffith and Womantra Co Director Stephanie Leitch and PSI-Caribbean Executive Director Marina Hilaire-Bartlett called for more to be done to protect women and girls.

Through the spoken word, poets like Deneka Thomas from the 2 Cents Movement and Girl Be Heard and Hadiya of the Free Speech Movement series  and Alicia Boucher weighed in on this issue.

The Rethink initiative is in line with the UN Women’s vow to campaign against violence and donate to groups fighting abuse. Consistent with that, ReThink partnered with MovieTowne which made a commitment that part proceeds of ticket sales across all their outlets on International Women’s Day would go to The Shelter, a haven for women and children who are victims of abuse. This announcement, was made by Karlene Chin who spoke on behalf of Derek Chin and the Chin Group of Companies, at “Fearless”.  The media will be invited to cover the presentation of the check in the coming days.

ReThink organized a unique and emotive event that brought together many different stakeholders and interest groups and individuals and captivated our audience with fiery speeches and moving poetry and song. We at ReThink sincerely thank you for your coverage of this event. 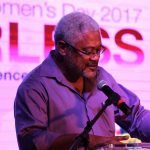 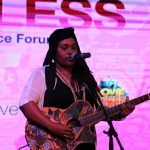 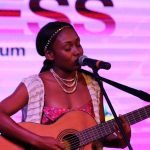 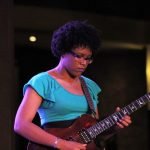 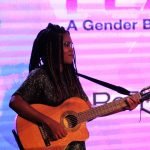 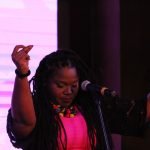 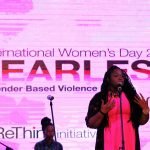 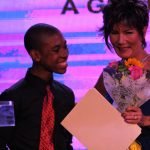 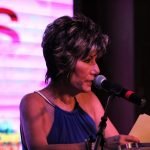 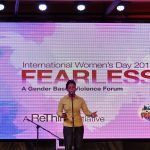 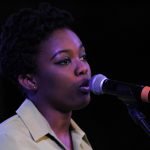 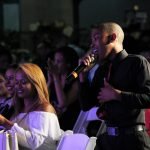 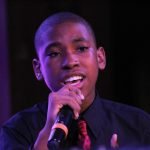 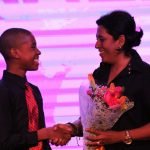 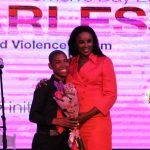 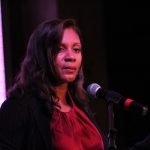 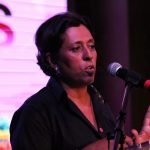 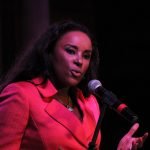 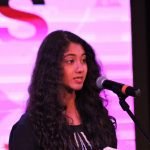 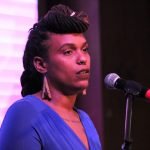 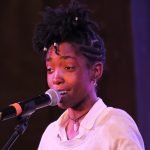 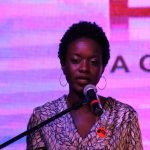 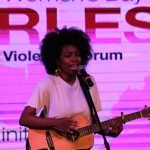